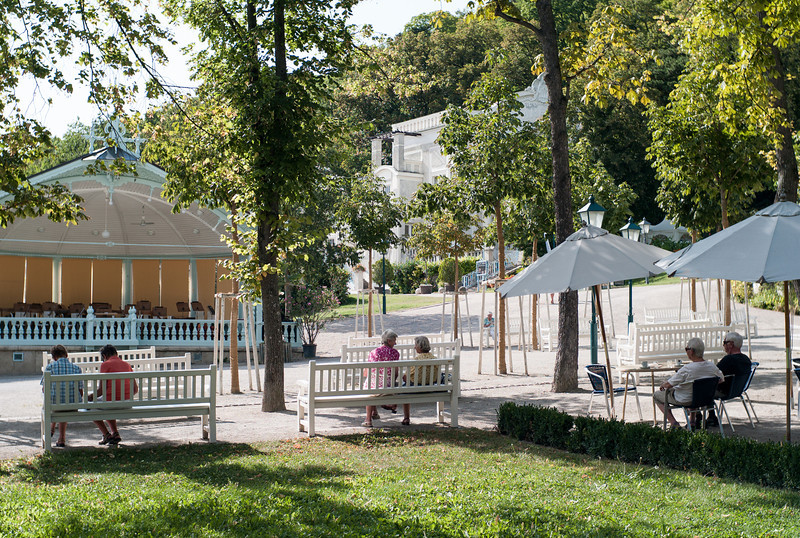 In the book "The World of Yesterday" (Reminisce of an European) of Stefan Zweig (1881–1942), one scene describes when the WW1 started and he was in that park at that time when suddenly the music of the "concert of the spa orchestra" became quiet and the beginning of the war was announced. The people have been celebrating it.

Today a quiet place, still having the "concert of the spa orchestra" in the summer.
This people most probably have been waiting for the start of it - was about a half hour to the beginning.